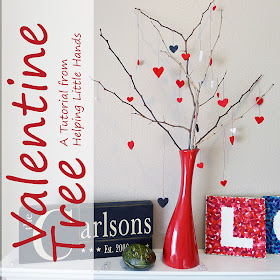 Yesterday I shared my melted crayon LOVE tiles that I made for our mantel.  Once I finished them, though, there was still something missing.  We needed something with a little more height to it.  After looking around on Pinterest I had this and this for inspiration, I remembered an empty red vase hanging out in our kitchen begging to be used. 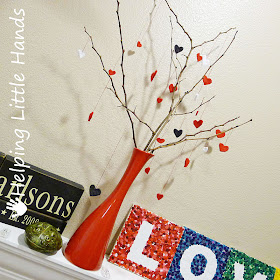 A few scraps of felt, thread, and a glue gun later... 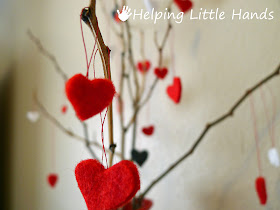 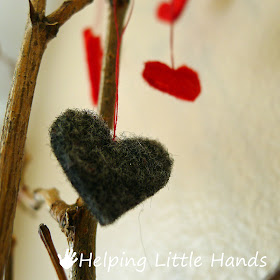 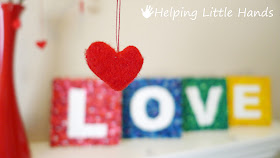 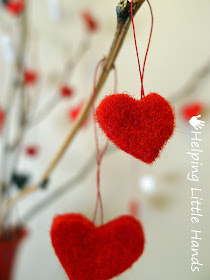 It was really easy and free (since we had all the supplies on hand) to put together.

And to round out the mantel, I put back our family name sign that I made at a ladies' craft night about a year ago. 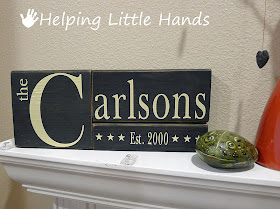 And Firecracker added this painted stone frog that my mother gave me years ago which had been painted by a family friend.  At first it seemed a little random for a Valentine mantel...but there are some fun love stories/fairy tales involving frogs...so I'll have to share my favorite soon to help justify his place.  Besides, I like to indulge Firecracker's taste...and I don't want the whole mantel to look too red & pink anyway. 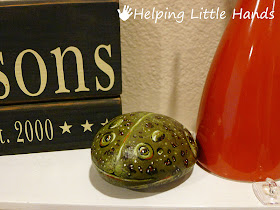 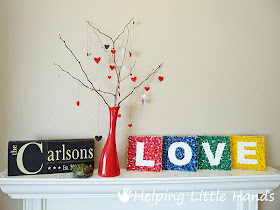 I had Hubby help me cut some twigs off the tree in our backyard (because I'm short and was too lazy to get something to stand on.)

Then Firecracker and I pulled out some felt scraps and sent to work cutting out hearts.  Much to her disappointment, I threw a few white and grey ones into the mix for some contrast.

I started out using a single heart and using a needle to pull the thread through and tie a knot.  It was a bit more difficult that I realized it would be though, since some of the pieces of thread were so tiny.

After trying a few things, here's what I found easiest for making the little heart ornaments.

Fold a felt scrap in half. 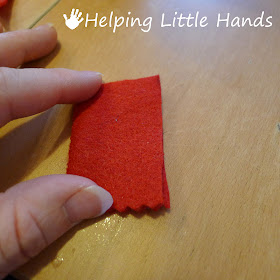 Cut out two identical hearts.  I didn't worry about them being perfectly symmetrical, but you could always trace them if you want them looking more even.  All my hearts were small, but I still tried to vary their sizes so that some were a bit larger, and some were tiny. 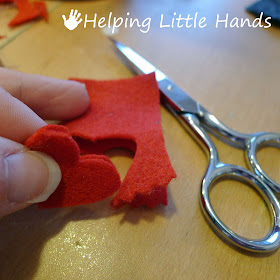 Open up your hearts, and add a dab of glue.  (I used hot glue so the hearts would be ready faster, but regular glue would work too.  You'd just need to give the hearts time to dry. 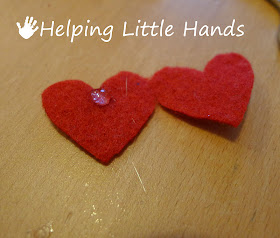 Add your thread, so both ends are caught in the glue. 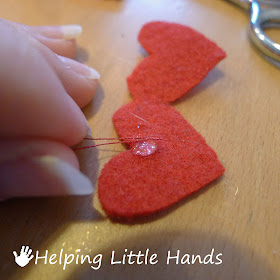 And sandwich your heart back together. 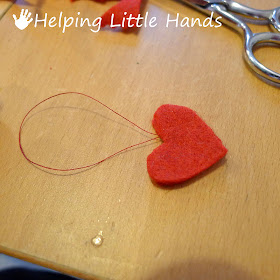 And hang on your "tree." 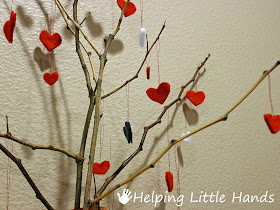 Hubby's not so sure about the "tree"...He thinks it looks too bare.  He says it looks like someone thought the twigs were lonely and added some hearts to help them feel better.  But I think it's growing him.

And if I want, I can save the little hearts in a baggy for next year and this will take up almost zero room to store...especially since those LOVE tiles will be finding a permanent place in the kids' play room after our move. 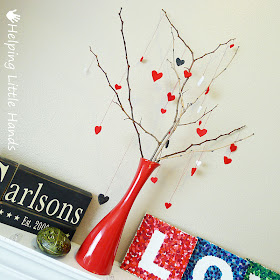 So what do you think?  Is this idea a keeper or does it look like some too-lonely twigs?  (It's okay...you really can tell me the truth.)

Please show my sponsors some love...

Thanks for taking the time to comment. I love hearing from you. I also love responding, so please make sure your Blogger account is set up for me to be able to see your email address or include your email address. I've had to stop accepting anonymous comments due to spam. If you don't have any other way to comment, you can always send an email.